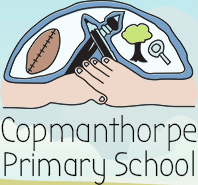 Useful information about Topic and subject coverage will be made available on the class pages.

Click below to read our Intent, Implementation and Impact of our curriculum:

On this page you will find our long term National Curriculum plans.

One page overviews for National Curriculum End of Year expectations for Maths, Writing and Reading (Foundation Stage to Year 6)

What are British Values?

Here in Britain, we are fortunate to live in a democracy, where each adult is able to vote at a General Election and in local elections.  The politicians who receive the most votes from the public are then voted in to Parliament and to local government.  This means that we, as British citizens, have a direct role to play in who leads and runs our country.  If the politicians do a good job, we might choose to vote for them again.  If they do a poor job, then we are likely to vote for other candidates!

The Rule of Law

Here in Britain, we have a society that operates under the rule of law.  This means that laws, created by Parliament and enforced by the Police and through the law courts, determine what is considered by society to be right and wrong.  It is our responsibility and duty as British citizens to then follow the laws that are in place, as they are designed to provide us with a safe, disciplined and tolerant society in which to live.

Here in Britain, as long as we do not break the law, we can live as we choose to and have our own opinions about things.

The Freedom to Hold Other Faiths and Beliefs

Here in Britain, we seek to be respectful of one another, regardless of differences that may exist in our background, social status, colour, race, ethnicity, gender, disability, religion or lifestyle choice.  This respect is also enshrined in law – for example, in the Equality Act of 2010.